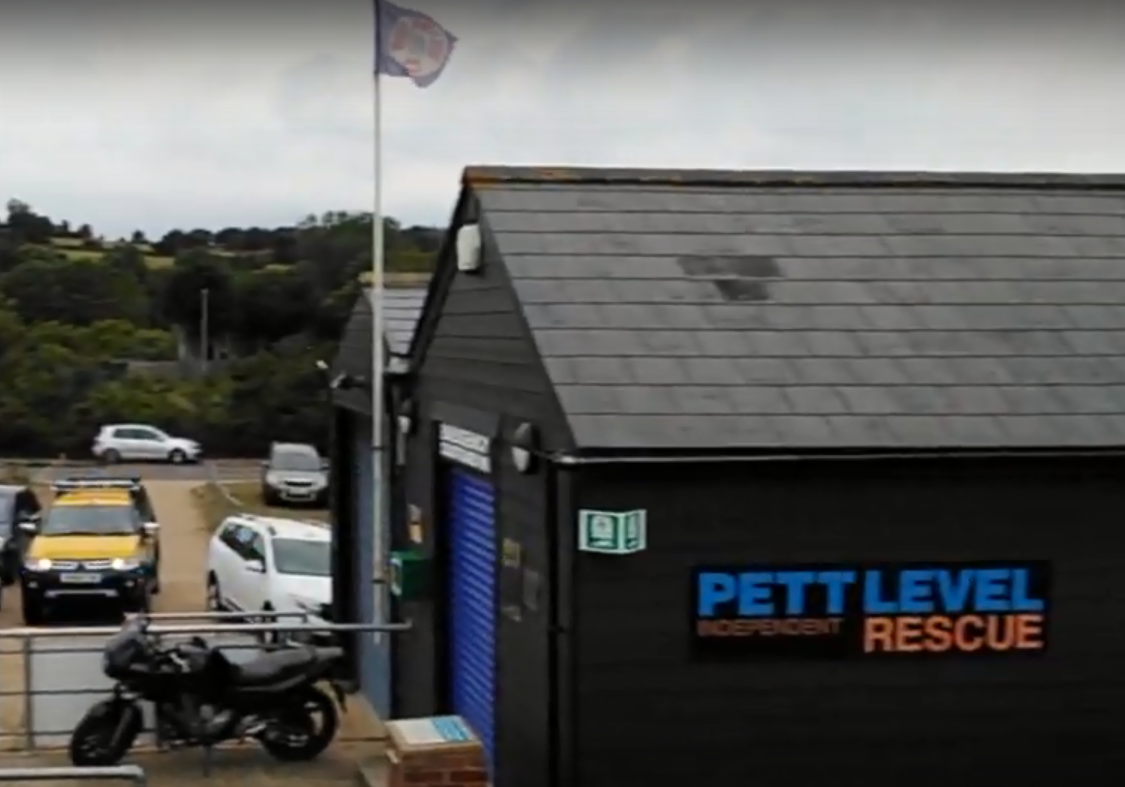 On Tuesday 14th July, Pett Level Independent Rescue Boat teams were called out following reports of a swimmer in difficulties just off the coast at Pett Level.

At approximately 18:07, our teams were tasked to attend and prepare to launch. Rescue services colleagues from Hastings and Rye Bay Coastguard teams, RNLI Rye Harbour and the Search & Rescue Helicopter 163 team from Lydd were also tasked to attend. Our volunteers responded quickly to the call for assistance. Base and boat crews arrived at the Pett Level slipway and boathouse within minutes off pagers going off.

Happily, soon after arriving it was confirmed that the individual who had been in the water was already ashore. The swimmer was being attended to by Hastings and Rye Coastguards, who were first on the scene. The winchman from the Lydd Search & Rescue helicopter  team also gave support.

At this time, boat-based rescue services were ‘stood down’. Emergency medical teams arrived quickly on-scene to take over the care of the casualty, as reported in the Observer Online.

Thanks to everyone who was able to respond in this incident. Although it turned out that it wasn’t necessary for us to launch, it’s always good practice for us to arrive #rescueready at the boathouse. And of course, we’d always rather respond to a ‘shout’ and not be needed because a casualty is safe.

We’re pleased to have been of assistance in this incident and hope that the swimmer makes a good recovery.

*Images courtesy of Martin Geldart – do not use without permission*

Your donations are welcome, thank you

As an independent rescue service, we are run by volunteers and fundraise to buy all of our own equipment and to pay our considerable running costs.

If you like the work we do and would like to support us, your donation would really be appreciated and would, ultimately, help us to help those in danger on our local coastline.

Thank you so much, from the volunteers at Pett Level Independent Rescue Boat.