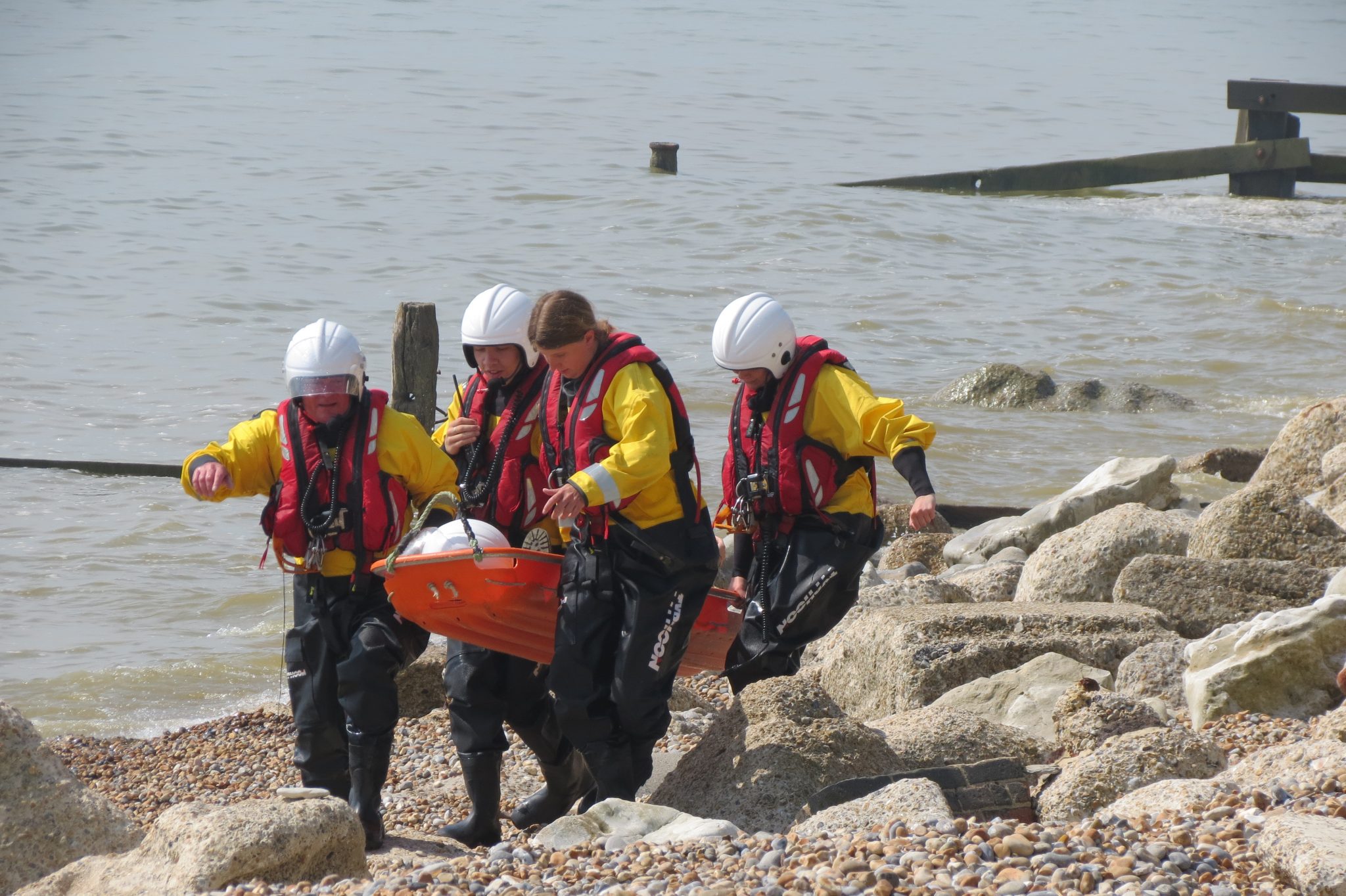 Back to Sunday May 27th’s casualty retrieval training and session #3 involved finding a casualty at the Cliff End of the beach. For training purposes, the casualty had fallen off the groyne and had sustained a hip injury.

Of course, in this kind of situation, the casualty may be aware of ‘where it hurts’ in respect of an injury but of course there may be other hidden injuries too, so the first aiders in the crew had to treat and handle the casualty in a way which would minimise pain and prevent exacerbation of any other potential injuries typical in a fall, such as back, pelvis or neck injuries.

Once the injuries were assessed and it was identified that the stretcher would be needed, extra crew were brought along with the stretcher to help handle the stretcher safely across the very rough, rocky part of the beach. 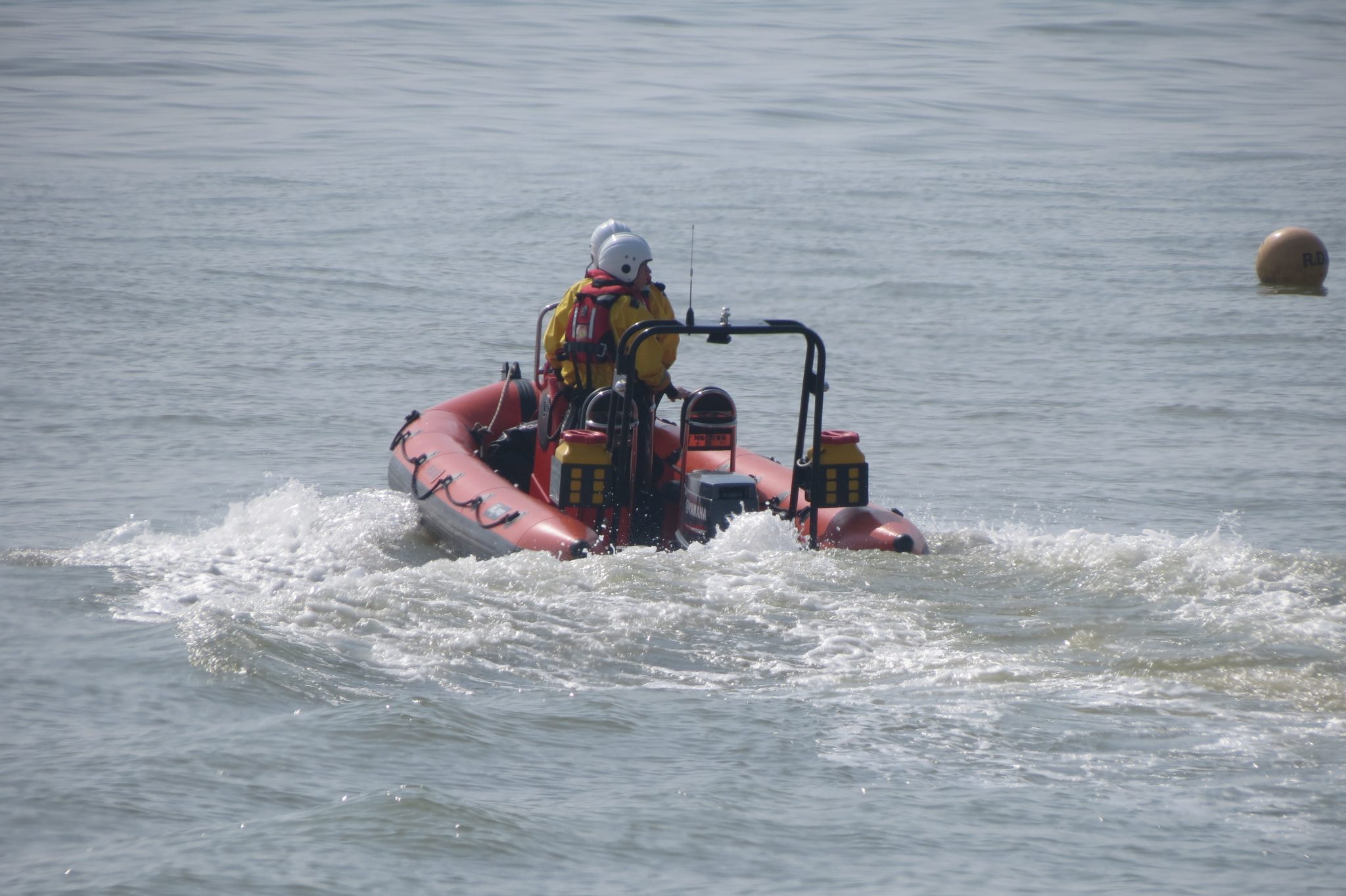 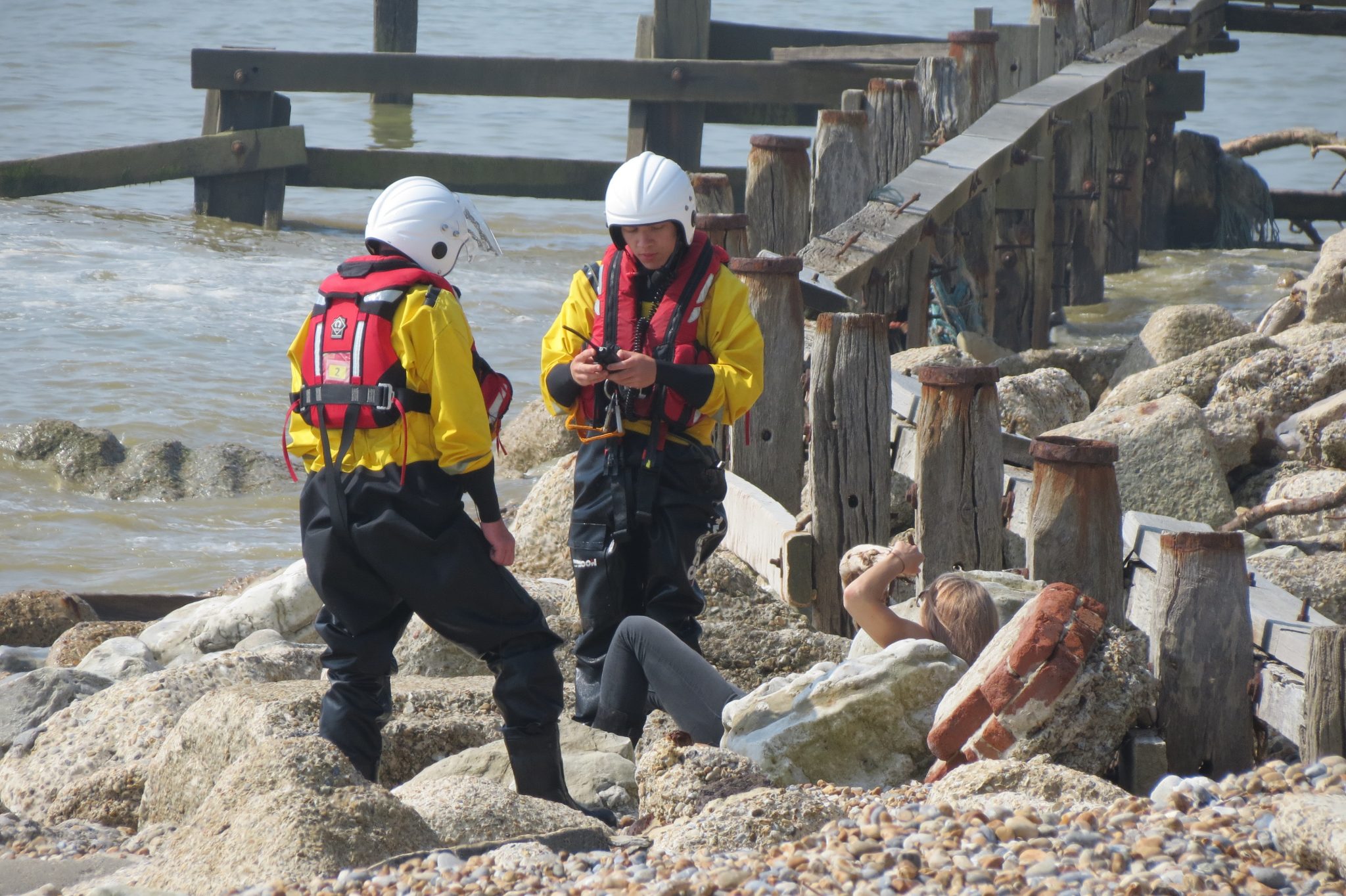 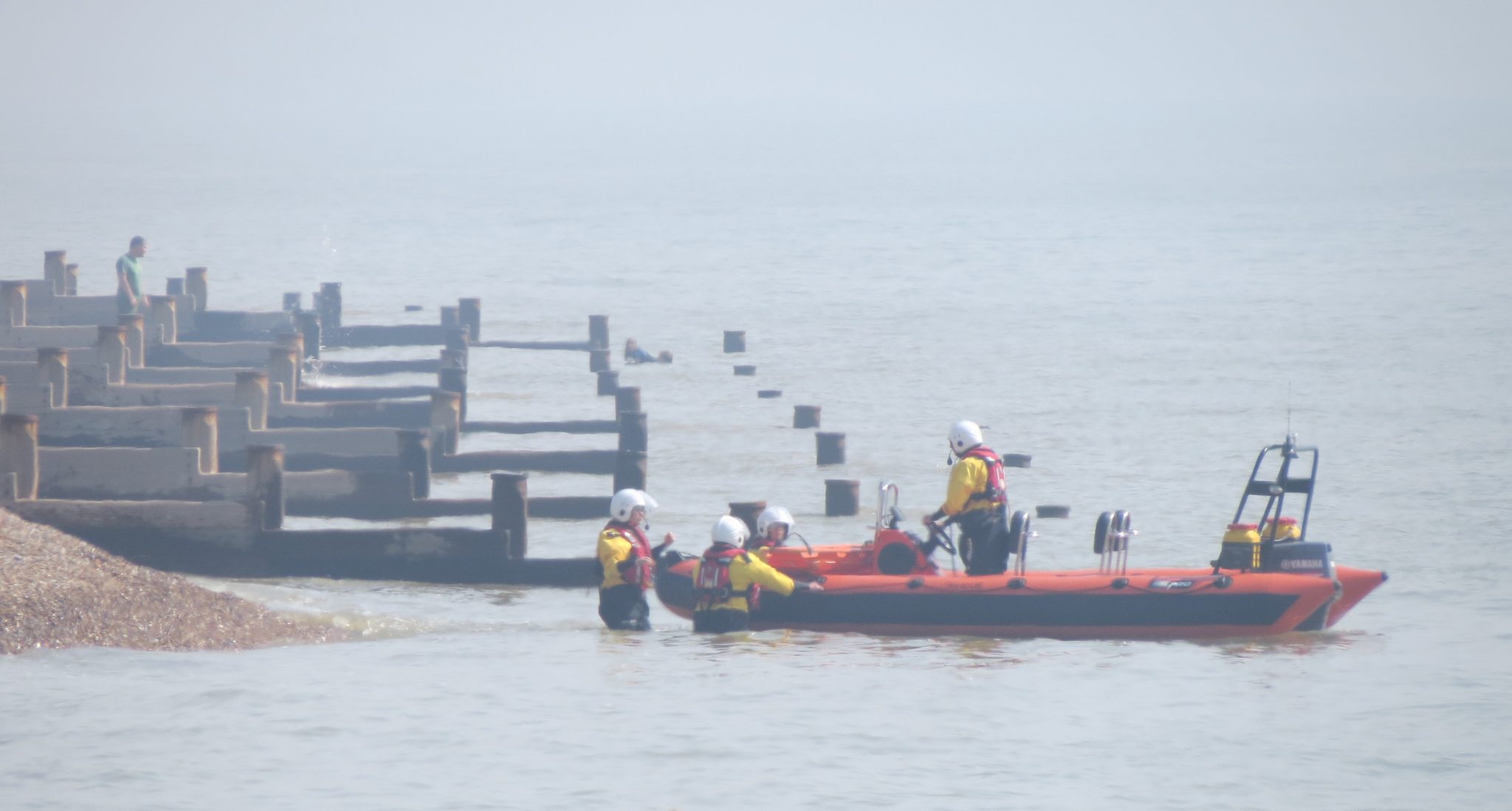 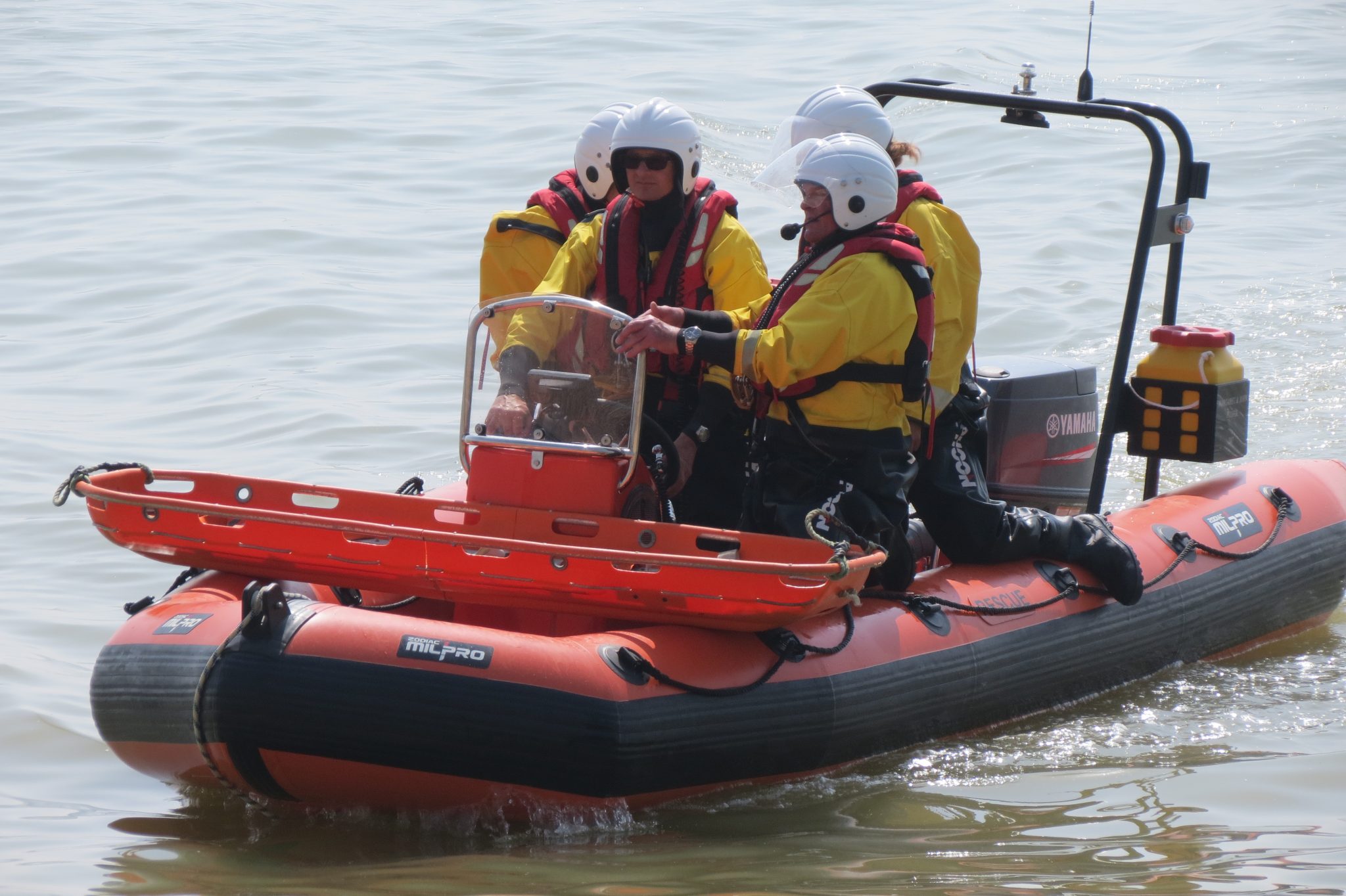 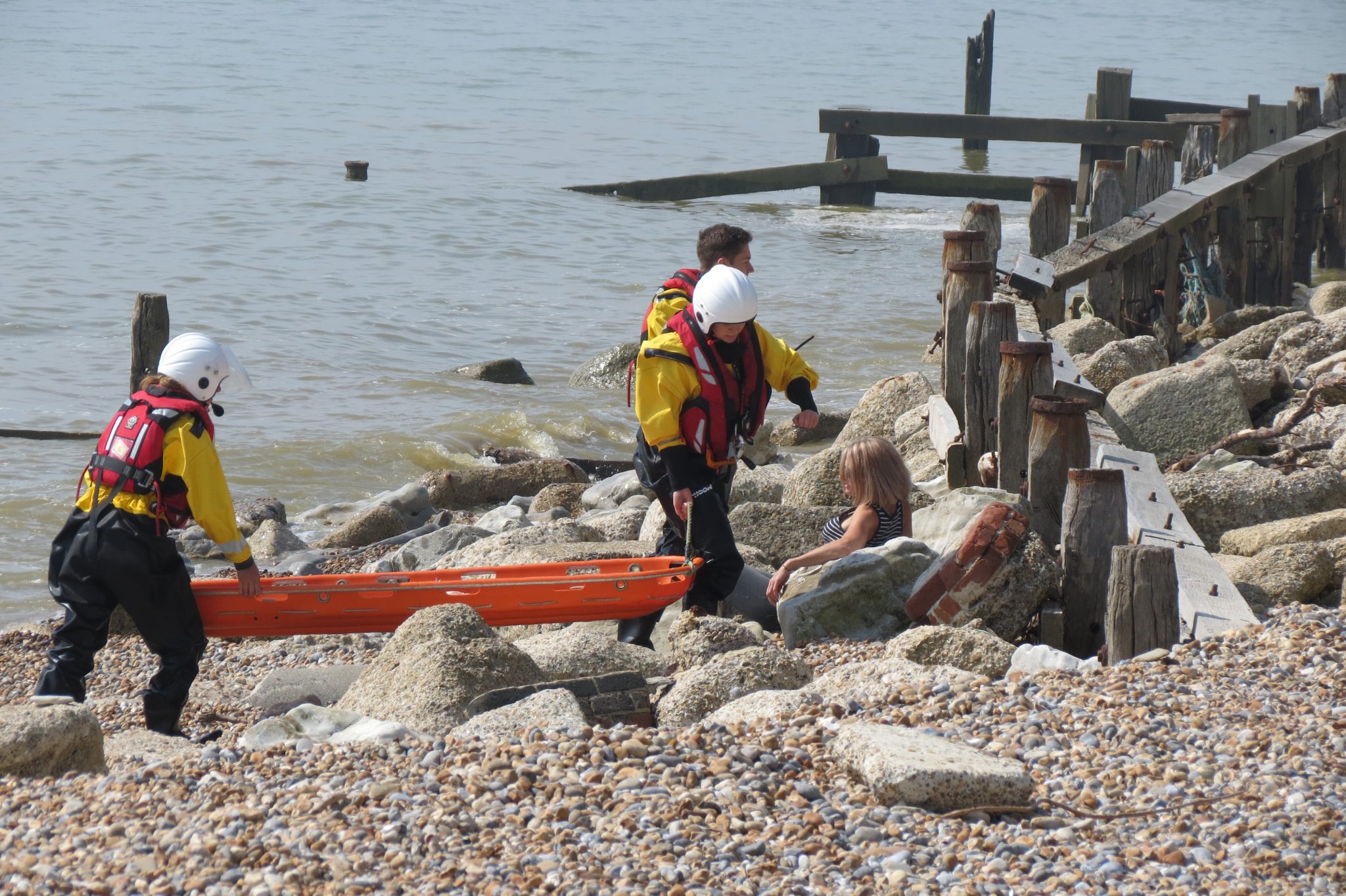 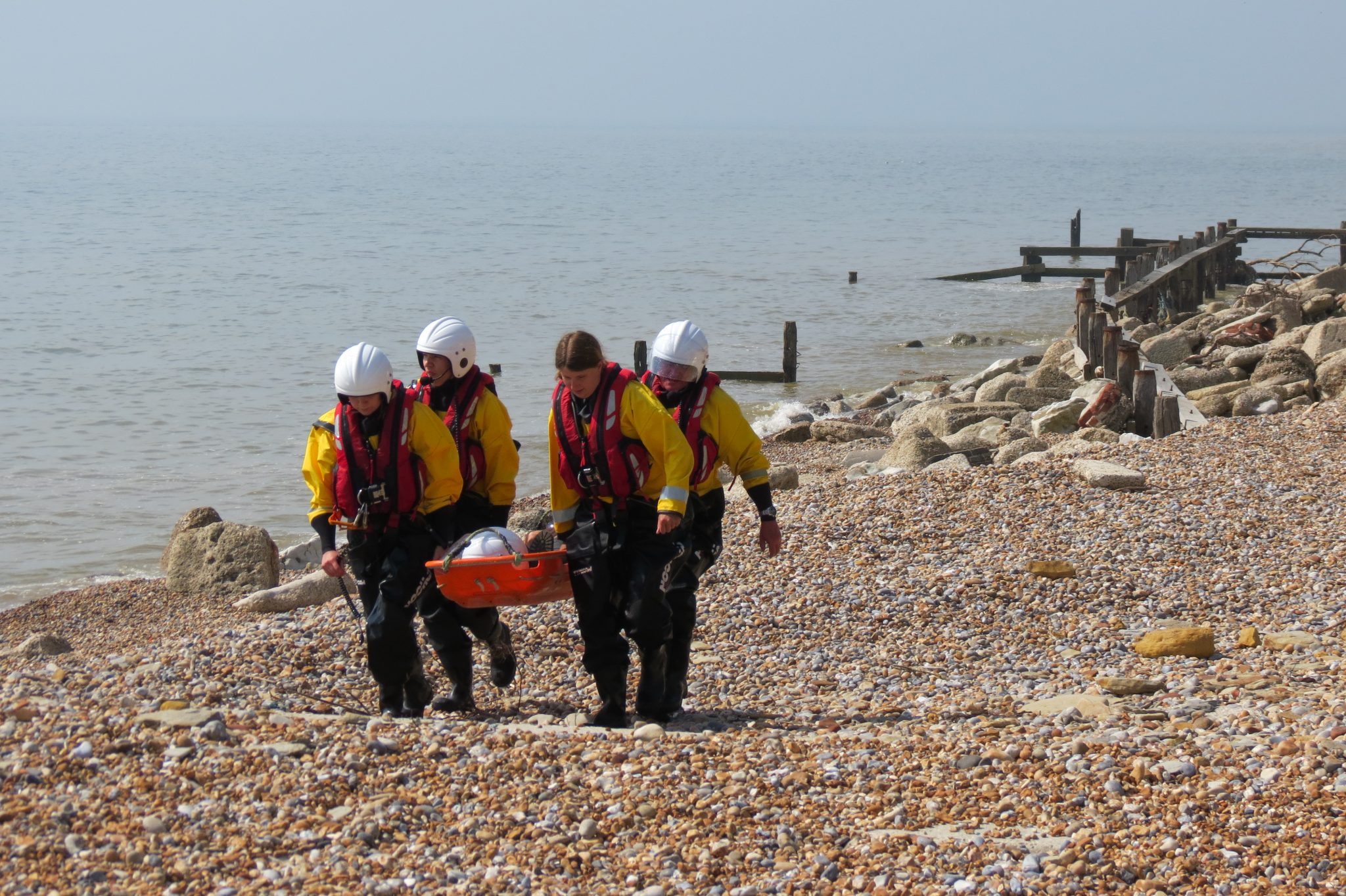 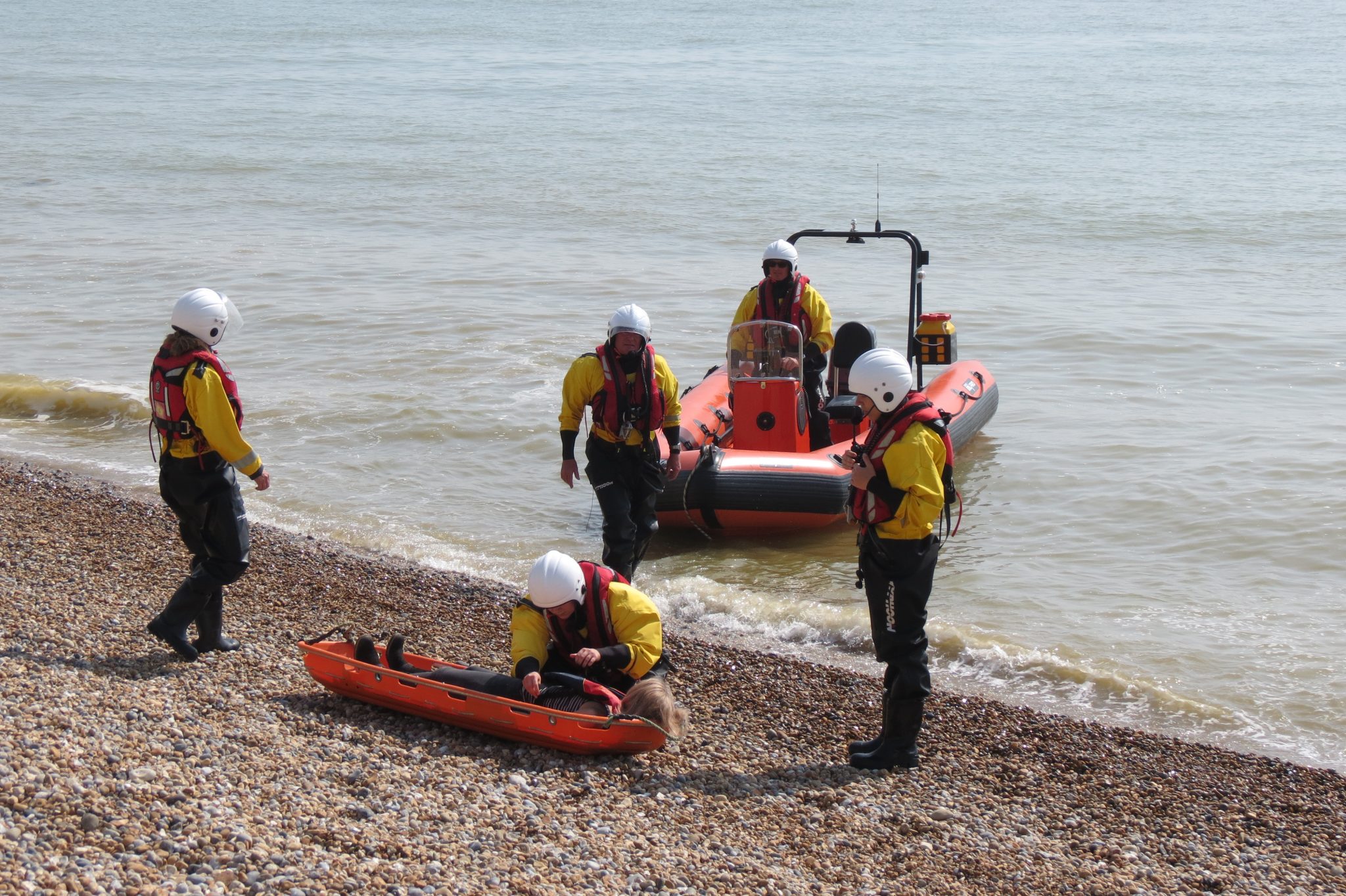 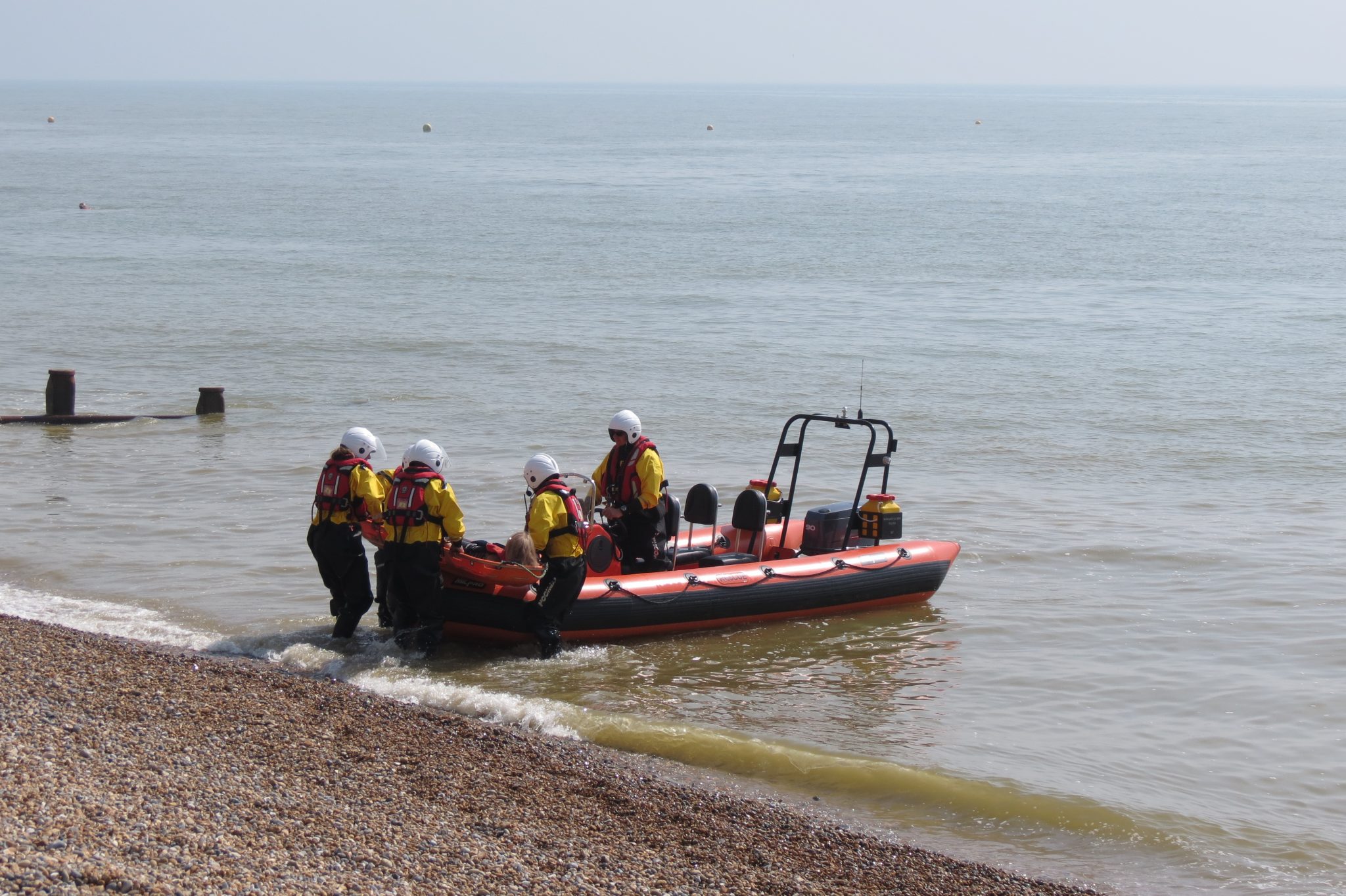 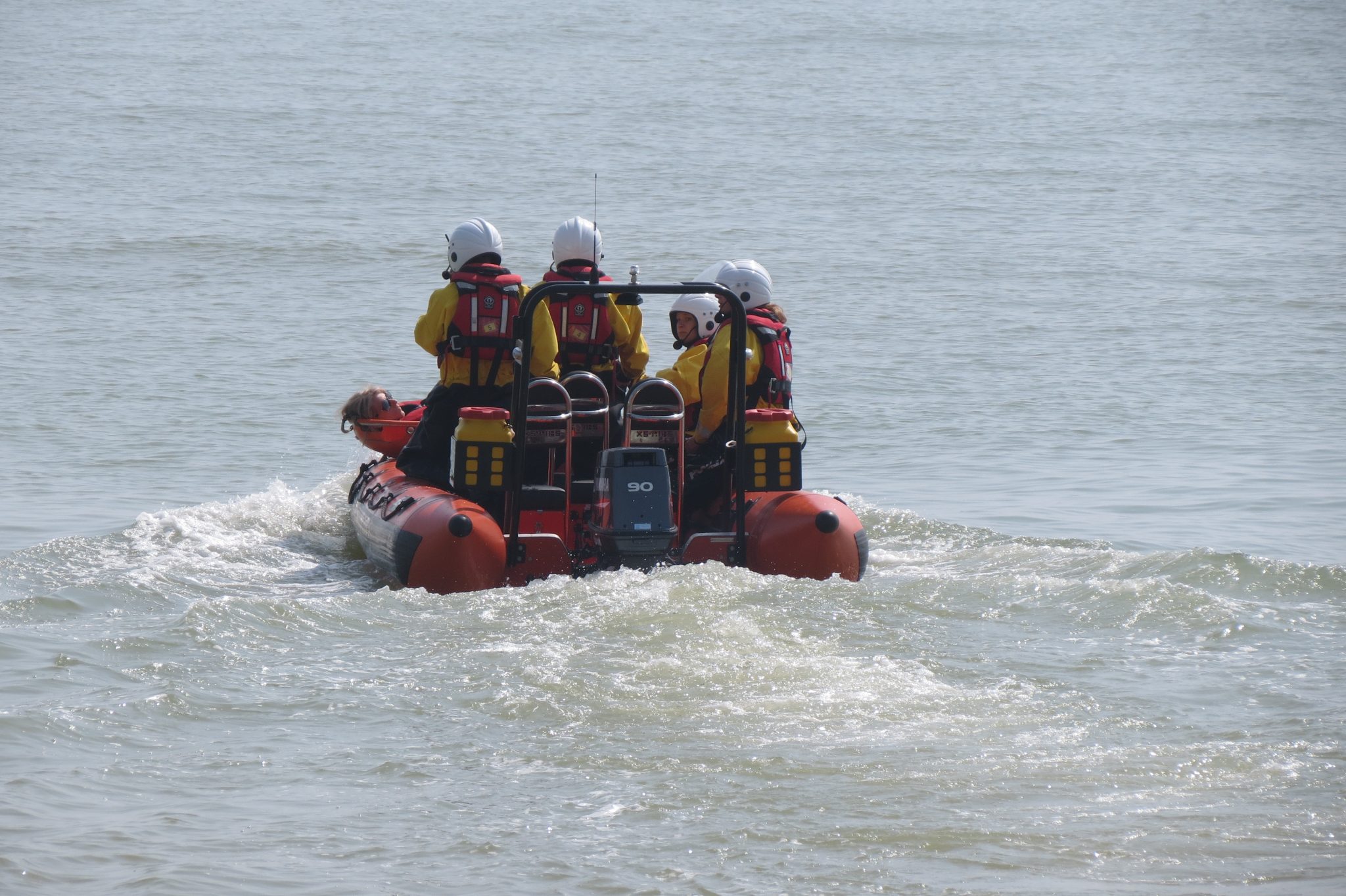 In a real-life incident an ambulance would have been called to be ready at base for the casualty to receive paramedic attention and transportation to hospital as quickly as possible.