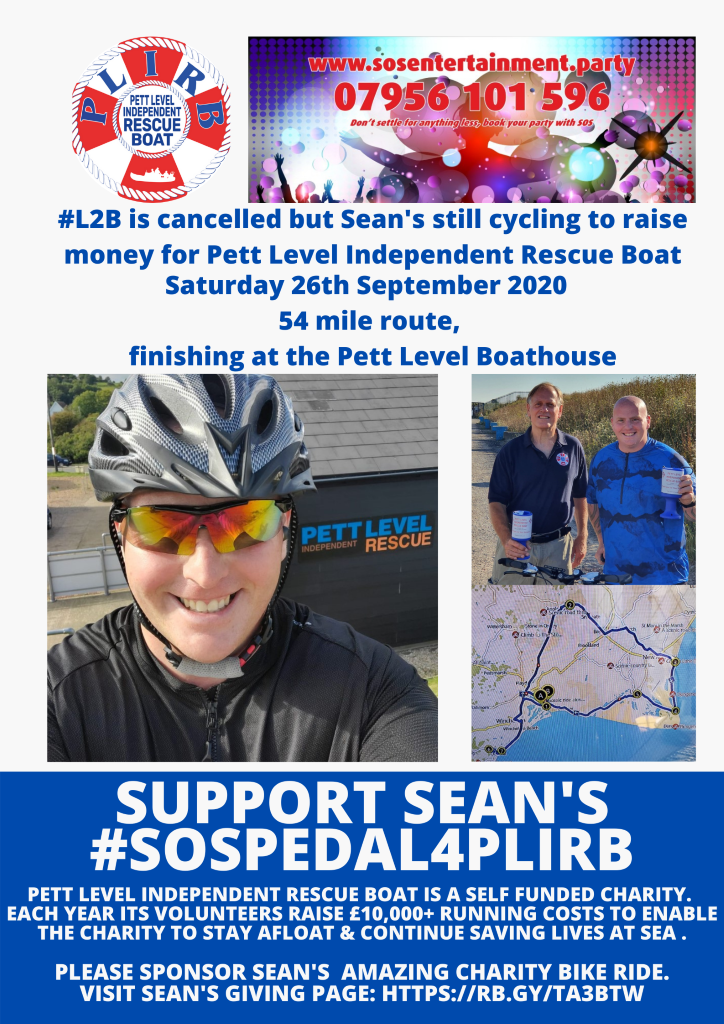 Just a quick update on Sean’s progress in his charity bike ride plans, to raise money for us.

There are two lots of latest news to share on this … one is a change of date, the other is a little share of how Sean’s putting some extra fun into the FUNdraising part! Things have been extremely busy for Sean lately and although he’s made major strides in both training and fundraising, he’s now also ended up with a clash of dates.

So, instead of staying with the original date of 13th September which was set as the London to Brighton 2020 charity bike ride date (as discussed in a previous post) Sean’s had a problem-solving rethink. The new date will be Saturday 26th September. Everything else is the same, it’s just the change of day and date!

And the fundraising? Sean’s giving page currently shows £155 + Gift Aid, whilst we’ve also received a couple of donations through the website and a crisp £50 to sponsor Sean. This means that already there’s £255 + in the pot as a result of Sean’s fundraiser, which is amazing. And coming soon, is a little idea to add more FUN to Sean’s fundraising efforts.

Check back soon or follow us on social media for the next update!